Today we are going to talk about whose versus who’s.

What do who’s and whose mean?

Whose is the possessive form of the pronoun who, while who’s is a contraction of the words who is or who has.

However, many people still find whose and who’s particularly confusing because, in English, an apostrophe followed by an s usually indicates the possessive form of a word. (For example, a purse belonging to a woman is “the woman’s purse.”) Not the case here, though. So, to help clarify further, watch this video that illustrates the differences and read more below!

When do you use who’s?
The first thing to figure out when deciding between who’s vs. whose is whether you need one word (whose) or two (who’s). Substitute the words who is, (and then who has) into your sentence. If either substitution works: who’s is your word.Who’s is a contraction of who is or who has. A contraction is a shortened form of two or more words where the omitted letter (or letters) is replaced by an apostrophe. So, when the bears in Goldilocks and the Three Bears ask each other “Who’s been sitting in my chair?”, it can also be understood as “who has been sitting in my chair?” And, if you’re wondering “Who’s going to write these words with more confidence?”, we hope that the answer to who is patting themselves on the back right about now is you. 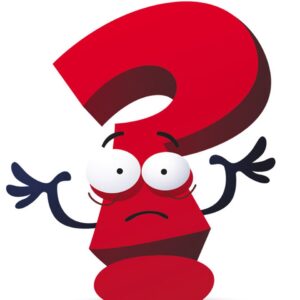 When do you use whose?

The word whose is possessive, and it is often used as an adjective, which is a word that describes or clarifies a noun or a pronoun. So, in this case, whose is a possessive adjective, because it describes who owns something. Traditionally, whose was only used to describe a person or several persons, as in “Sarah, whose dog is cute, just arrived.” In this case, whose indicates which person’s (Sarah’s) dog we’re talking about. Imagine it’s raining and you grab an umbrella, only to realize later that it isn’t yours. You might ask your friend “Whose umbrella is this?” In other words, you’re asking who owns the umbrella.

Over time, it’s become grammatically acceptable to use whose to describe things belonging to inanimate objects and places, as well. “New York is a city whose lights burn brightly all night long.” Here, the lights belong to the city. More information: https://argoprep.com/blog/whose-vs-whos/.

Who’s Got Time for Examples?

Well, we hope you do. But whose time is it? Your time. We hope you’ll spend it looking at these examples of how to use who’s and whose.

If you have that tune stuck in your head the rest of the day, you can blame us.

Whose Line Is It Anyway?

Who’s against spicing up a grammar lesson with some ’90s comedy?

The People Behind the Tusks: A Who’s Who of the Cast of Warcraft

Consequently, their roles had to be filled by CIA officers whose identities had not been revealed to the Russians.

Bessie carried a lantern, whose light glanced on wet steps and gravel road sodden by a recent thaw.