What Is an Adverb?

An adverb is a part of speech that describes an adjective, another adverb or a verb. Adverbs give more information about how an action was performed. In general, they answer questions like, how, why, where and when.

An adverb does this with just one word, but groups of words can also perform this function in sentences. For example: 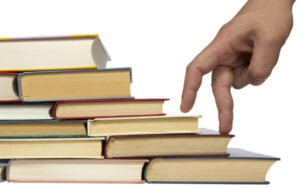 She walked as if she were heading to the gallows.
In each of these sentences, the italicized word or words answer the question how and describe the verb “walked.” In the first sentence there is only one adverb, but in the other two sentences, a group of words work together to act as an adverb.

What Is a Clause?

Because he has a college degree, he got a great job.
When the storm started, she was at the store.
Bob wore the coat that I gave him.
Each of these groups of words has a subject and a verb, but do not form a complete sentence on their own. They are dependent on an independent clause for meaning.

Using an adverb clause in your sentence is a good way to add important, descriptive detail and information to your writing. They are flexible and can be placed at the beginning, middle or end of a sentence, depending on where it sounds best.

Whether you like it or not, you have to go to bed now.
If you pay your bills on time, you can have a good credit score.
Unless you run fast, you will miss the bus.
Because he loved her, he didn’t believe she was having an affair.
Once they saw the car coming, the birds flew away from the road.
Although she has a business degree, she is working as a retail clerk.
As we bought the tickets, the overture was beginning.
Before we go on vacation, we must make reservations

Since I’ll be working late, I’ll eat downtown.
Now that everyone has left the party, we need to start cleaning.
Unless you put in more hours, I cannot recommend you for the promotion.
As soon as I saw you, I knew something was wrong.

Adverb Clause in the Middle of a Sentence

More adverb clause examples. When placed in the middle of a sentence, an adverb clause is offset by commas. Note that this is an unusual placement that indicates an interruption of the main thought:

My sister, when she is angry, will turn red in the face.
Elephants, although they are large, are not predators.
Chocolate, because it has a low melting point, can be difficult to bake with.
He remembered, after he left the house, that he needed to mail the thank you cards.
Adverb Clause at the End of a Sentence
When placed at the end of the sentence, an adverb clause needs no additional punctuation:

Marty kept his schedule open in case his wife went into labor.
You must keep practicing the song until you get it right.
Give us a call when you get back from your trip.
We need to find the bar where they asked us to wait.
The fireworks show will start after the sun goes down.
The cat made herself at home in the apartment as if she had always lived there.
Frank ran the race as though his life depended on it.
We can swim in the pool as soon as you put on sunscreen.
I never knew how wonderful life could be until I met you.
You need to remain calm even if everyone else panics.
The day felt long because we had nothing to do.
I won’t allow you to see that movie even though you are old enough to go.
We can get some new clothes as long as the store is open late.