Everything that happens around a person has a completely neutral nature, and only the restless mind begins to impose projections on objective reality, giving it any assessment. Moreover, more often than not, the mind is either in a state of reliving past experiences or of planning for the future. This forces one to experience again and again the suffering of the past, or to worry about the future. All these actions of the mind are due to its hesitation. In the Yoga Sutras of Patanjali, the concept of “vritti” is discussed and https://www.julianalucky.com/.

In Sanskrit, vritti means ‘agitation,’ ‘hesitation. It can be compared to a pond whose water is at complete rest. 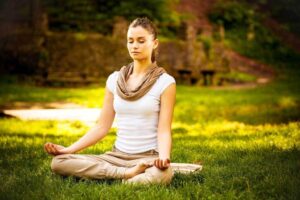 And in this case it reflects the moon. The moon can be thought of as objective reality which, when the mind is calm, is reflected in it without distortion. But when the wind begins to affect the water, it begins to wobble, and the reflection of the moon becomes distorted. The water in the pond is the mind of a living being, and what we mean by wind is vritti – its vibrations. And under the influence of vritti, the mind begins to distort objective reality. This is the danger of the phenomenon of vritti. In his treatise Patanjali described getting rid of it as the goal of yoga. This is mentioned in Sutra 2 of Chapter 1. In Svensson’s translation, the sutra reads as follows: “Yoga is the curbing of the turmoil of the mind.

What is the cause of vritti? The variety of vritti is immeasurable because it is caused by the karma of the individual, so everyone has their own set of vritti. These variations arise because of samskaras, karmic “imprints” created by past actions, and vasanas, habits, tendencies toward certain behaviors. Samskaras and vasanas are stored in the mind of a living being and when this or that karma matures, they begin to affect the mind, and thus vritti – fluctuations of the mind – arise.

Patanjali writes about how to eliminate vritti in Sutra 12 of the same chapter. In Bailey’s translation, the sutra reads as follows: “Control of these alterations of the internal organ, the mind, should be attained by unremitting effort and nonattachment. In addition to the effects of samskar and vasana, vritti also arise from reaction to some external object. Perception distorted by vasanas and samskaras causes the mind to perceive external objects as irritating in a pleasant or unpleasant way. And non-attachment allows one to achieve detachment from external objects, which already softens 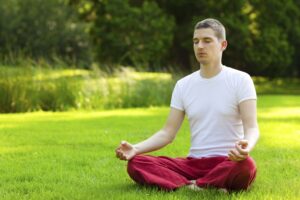 the intensity of vritti. The second aspect according to Patanjali (tireless effort) implies the practice of dhyana, which removes the very cause of vritti – samskaras (karmic “imprints” created by past actions). The next sutra in this chapter explains in detail the tireless effort. In A. Rigin’s translation, the sutra sounds like this: “Practice is a steady concentration on this detachment. Thus, the two tools for eliminating vritti-practice and nonattachment-are inextricably linked. In Patanjali’s version of Righin’s translation of sutra 21 of the same chapter, he gives the reassuring admonition, “With rigorous rigorous practice, success comes quickly.

In Sutra 6 of Chapter 1, Patanjali divides all vritti into five kinds. He divides them into right ideas, false ideas, fantasies, dreams, and memories. Sutras 7-11 in this chapter give a fuller explanation of what is meant by these five kinds of vritti. In A. Bailey’s translation, Sutras 7-11 read as follows: “The basis of right knowledge is right perception, right reflection, and right observation. Wrong knowledge is based on perception of form, not on the state of being. Fantasy is based on images that have no real existence. Passivity is based on the inactive state of vritti. Memory is the retention of what is learned. Thus, all five vritti are based, to a greater or lesser extent, on real objects, but the degree of distortion of their perception is different. Whereas the first type of vritti is based upon the objective perception of reality, the second and subsequent types are based upon distorted perception. The ability of the mind to instantly distinguish between these five types of vritti on a deep intuitive level is a sign of mental health. If one cannot distinguish between objective reality, for example, and fantasies and dreams, then one has a mental illness that prevents one from being aware of objective reality, from being aware of his actions and from being aware of the actual nature of his actions and the actions of others.

So, vritti are the fluctuations of the mind, or chittas, that produce its restlessness. Perceiving objective reality through the prism of samskaras (accumulated karmic “imprints” that are consequences of past actions or experiences) generates vritti, a swaying of the mind. Mind wobble can be eliminated through nonattachment and intensified dhyana practice.